M Dressler puts a fresh, supernatural spin on California history in The Last to See Me, which imagines how the vengeful ghost of an early 20th century servant might react to a 21st century town hostile to the “dirty” spirits of its past. The novel is rich with historical detail, but it’s also compulsively readable, making its plot holes and unanswered questions feel eminently forgivable. 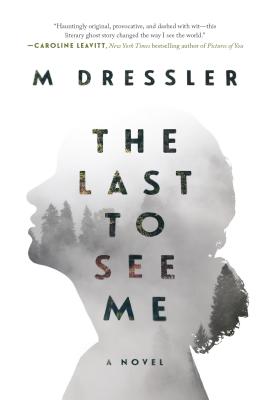 The Last to See Me by M Dressler

Ever notice how historical fiction lovers–myself included–are usually obsessed with narratives about royalty and the upper class? There are endless novels of Tudor intrigue, Victorian stiff upper lips, and Gilded Age gaudiness, but little about the lives of ordinary people–you know, how most of us would have actually lived.

It’s good, then, that The Last to See Me tackles this gap: Emma Rose Finnis is an unlucky Irish-American girl trapped in an unpleasant, hard-scrapping life as a scullery maid in Benito, a coastal California timber town. The Lambry family are timber magnates who may as well be local royalty, and when Quint Lambry sets his eyes on orphaned nobody Emma, Mrs. Lambry decides to intervene, paying Emma handsomely to leave town and work as a maid for an isolated lighthouse keeper’s family.

But Emma and Quint continue their affair in secret, hurtling towards a shattering tragedy that gets Emma killed. After death, Emma becomes a vengeful ghost who haunts the town–and the Lambry family–for a century, and when a wealthy Silicon Valley couple seeks to buy the Lambry ancestral home, Emma’s violent reaction forces the real estate agent to call in a ghost hunter to purge her.

Dressler’s world is fascinating, though I hesitate to call it complex, since its mechanics are mostly left to the imagination. Modern-day Benito, California, seems to exist in a California that’s exactly the same as our own in every way except that people accept the presence of ghosts–and the need for the “cleaners” who purge them–without question.

It’s an interesting idea, and one I wish had been further developed, but since the story is told from Emma’s old-fashioned and unreliable perspective, there are quite a few puzzle pieces missing from the table. Sometimes characters feel shoehorned in to fulfill a plot necessity, and there’s also a subplot about a character who may or may not be a ghost that left me scratching my head.

Still, it’s hard to be bitter, since Dressler’s writing is excellent in so many other ways. The Last to See Me balances detail and suspense as skillfully as I’ve ever seen it done: Dressler has done her research, and it shows, but she also doesn’t bore the reader with irrelevant facts and old-timey speak. In fact, I found this book impossible to put down, finishing it in two sittings, even though I was initially skeptical that I’d enjoy it.

That the book got its hooks in me so quickly–literally from the first page–is especially amazing considering how slowly the story moves; it’s not like Emma is in a rush to tell all, considering she’s been undead for a hundred years already.

But Dressler draws tension from the moral ambiguity of ghost “cleaning,” an act that Emma is understandably frightened of, seeing as it will destroy her spirit forever. Philip Pratt, the ghost cleaner, insists in that ghosts are evil and takes pride in dispelling them, angering Emma…and the angrier Emma gets, the more she lashes out at the living humans around her, causing you to suspect that Pratt, though arrogant, might be right after all.

The Last to See Me is a tremendously enjoyable book about one of the heaviest topics of all: death, and life afterwards. How lucky we are that Dressler handles it with nuance, empathy, and skill. 4/5 stars.

My copy of The Last to See Me came from my local library and I was in no way compensated for this review.