Eventide follows Karolina Andersson, an art history professor who finds herself in a personal (and possibly, career) rut after a passionless breakup with a long-term partner, Karl Johan. Drifting aimlessly through life in Stockholm, she becomes involved with several old and new flames, along with a good-looking graduate student who promises to have unearthed a secret for his dissertation that could revolutionize the history of Swedish art. It’s a spare, self-contained novel that feels both achingly melancholy and surprisingly light on its feet. I am always charmed by novels that choose a small story to tell and then execute it perfectly; Eventide is such a novel. At times Eventide feels just a little too small, but its precise prose (translated from the original Swedish) and outsize emotional power make it more than worth the read. 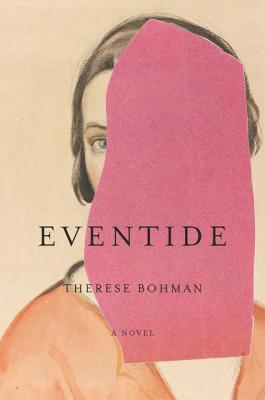 …Karolina liked her new home. It had soon begun to feel like an oasis, a space of her own, maybe somewhere she could make a fresh start, even if that was still some way beyond the horizon. For the moment it was a good location for a period of aimless confusion.

I am struck, frequently, by how few books we have that are really about women. Not just starring women, not just written by women, but about women. It’s not that books about women are inherently better than other kinds of books. I’d just as soon read books that are about dragons, or sword-fighting, or cold-blooded murder, or pirates, or even about men.

It’s just that there are so many women, and so few stories about them, that the artificial scarcity hurts my heart. It boggles my mind. So when I find a book like Eventide, which is an intimate, specific, compassionate, but not sappy novel that is intensely concerned with the woman at its center, I find myself with an abundance of goodwill towards that book, maybe even unfairly.

Luckily, Eventide deserves that goodwill. It’s a tightly crafted, slim novel about an art professor, generically named Karolina Andersson, who is dealing with personal and professional upheaval. She’s good at her job, as far as the reader can tell, but she finds herself romantically adrift and desperately sad about it. She ends a long-term relationship because she knew it wasn’t the right fit, but endlessly despairs that that relationship, flawed as it was, might have been her only shot.

The novel circles this self-pitying drain for nearly its entire duration, but somehow, it rarely feels stale or overdone. In fact, it’s refreshing.

In a less skilled author’s hands, Eventide might only have been one more novel about the “biological clock.” For Bohman, Eventide‘s basic plot is a probing instrument to get at all sorts of unjust truths about society, even a society as supposedly egalitarian as Stockholm, Sweden’s.

The driving force of the plot is that Andersson’s newly assigned Ph.D candidate, Anton Strömberg, has uncovered a startling connection between an obscure female Swedish artist and a male-dominated German arts movement. If this sounds boring and academic, I understand; I’m not sure how to convince you that it’s not boring, other than to say that it isn’t.

Bohman infuses Karolina and Anton’s interactions with a tautness and sexuality that make the art rather secondary. That’s true of all the art history in the book, in fact. For Karolina (and the reader, at least for Eventide‘s duration), the intellectual and the sensual are inseparable.

I dislike when people try and reduce feminism in fiction to feminist characters. Is Katniss Everdeen a feminist character? Is Lizzie Bennett? Hester Prynne? And so on, and so forth. I think a better question is whether or not a novel fully realizes the power structures that women are subjected to. By expecting perfection from our heroines, I fear that we are doing the opposite of feminism.

In contrast, Karolina’s imperfection was the thing I loved most about Eventide, even when I found her to be frustrating, unethical, and claustrophobically self-centered; even when I found her story to be a bit boring and repetitive. This is a novel that understands that there is no right thing to do or say that makes things fair in a profoundly unfair world. Sometimes things go badly, and there’s little morality (or immorality) to it.

Towards the end of the novel, there’s a long meditation on the fact that no one really “deserves” anything, so you might as well strive for what you want. In a lot of fiction and pop culture, this viewpoint (which is hardly unique) comes across as defeatist or greedy; in Eventide, though, it feels different:

If no one deserves anything, that means you are just as entitled to the good things in life as the rival you hate, as the ex-lover you vilify. There is no need to keep hating them or vilifying them or giving them endless mental energy when you can simply ignore them and pursue your own desires. You are not more, or less, moral for doing so.

Eventide suggests that endlessly sorting ourselves into “deserving” and “undeserving” is a trap we can free ourselves from. It’s a message, without being, in the preachy sense, a Message.

Eventide has a small and perfectly balanced center of gravity. It is not a novel that is explosive, glorious, unforgettable, or even vivid. It is simply a little thing done well, modest and purely itself. It’s the person at the party who’s quiet all night, and then says one tiny thing just before leaving that stays with you forever.

My copy of Eventide came from my local library and I was in no way compensated for this review.